We have created a range of meat packs that can be home delivered free* to your door the next day. 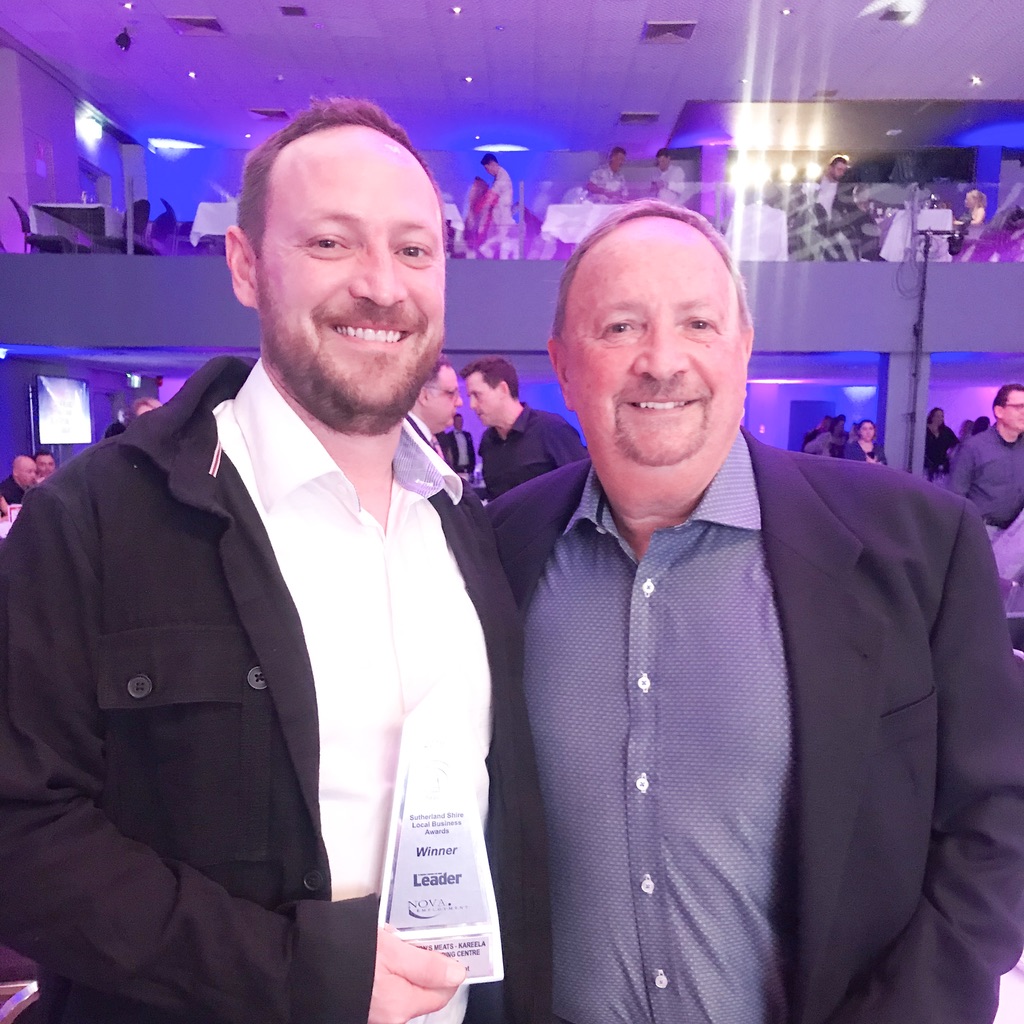 “Butchery is in our blood.  We absolutely love what we do and find nothing more satisfying than a customer telling us how the roast they bought was amazing  and that their family had a wonderful dinner. Those types of dinners, catch ups and BBQ’s are what life is really all about and we are honoured and humbled that we are able to be a part of special family moments like those.”

The history of Stapleton’s Quality Meats goes back some 124 years, established by the famous Stapleton’s family, a Sutherland Shire dynasty and one of the most famous names in this beautiful part of the world.  The Stapleton’s family ran this business for 3 generations and some members continue to offer great quality Meats to this day.

Dennis Stapleton decided to retire and sold his business to his business partners, both local butchers and fantastic blokes, and in 2011, one of those owners needed a break from the industry, so the business was again for sale.

Our story also begins 3 generations ago in Western Sydney where George Rogers began working in the meat industry after returning from World War 2. George worked around Sydney, particularly at the Homebush meat works. He had six sons, four of whom followed his footsteps into the meat industry.

Michael, his third son quickly excelled in his chosen profession and after marrying at just 20, he and his wife Carol purchased their first store in Greystanes in Western Sydney. Michaels skill as a tradesmen, as well as his forward thinking in terms of quality and hygiene quickly set him apart from his competitors and he soon had 6 stores in and around the Fairfield area. These stores and the changing face of Australia led them into food service and this included serving some of Sydneys biggest clubs, pubs, restaurants and Deli’s.

Michael and Carol moved to Caringbah from the Eastern suburbs and instantly fell in love with the Shire and its people. It reminded them of the way Sydney had been, a great place to raise a family, space to move and good hard working people who said hi to each on the street.

Michael’s son Mark joined him in the business, working part time in the shop from the age of eight, washing trays, rolling rissoles and crumbing steaks. Since those early days both Mark and Michael operated successful retail, wholesale and food service businesses within the meat industry. Also operating a successful restaurant in the 1990’s where Mark also trained as a chef and has since brought his knowledge of fine dining and culinary cuisine into the stores, making it more than just your standard ‘butcher shop’.

The beginning of a new era

In 2011, Michael and Mark knew the reputation of the Stapleton name and it fit perfectly with their quest for quality, service and community and so they purchased the business and the brand.

Since then, they have worked extremely hard to maintain the standards and quality pioneered by Dennis and his predecessors,  despite many challenges faced by this very difficult industry.

Times have certainly changed and Stapleton’s is particularly striving to show that the local Butcher is certainly not a thing of the past but an integral part of the community. Providing more than meat and snags, but now more than ever, choice, expertise, passion and a friendly smiling face not to mention meals that are easy to prepare or even heat and serve.

Free Delivery for orders over $50 to Sutherland Shire and Surrounds. No deliveries on weekends. Dismiss